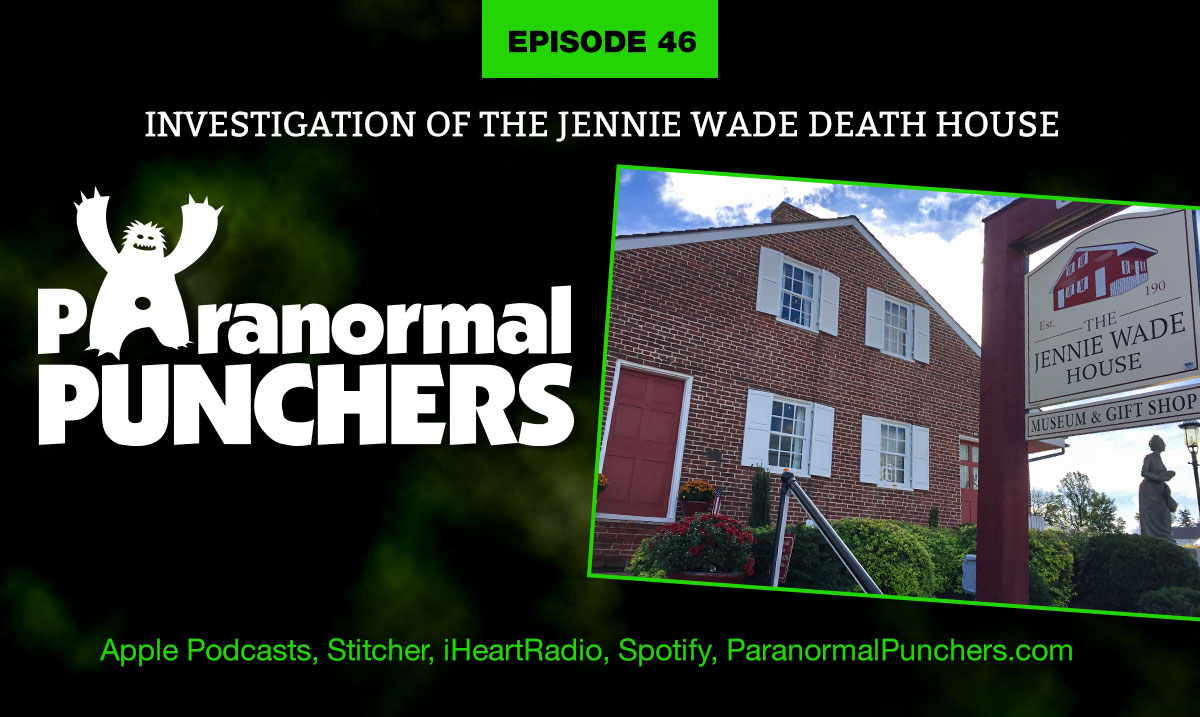 Jennie Wade was the only direct civilian casualty of the Battle of Gettysburg, when she was hit by a stray bullet on the morning of July 3, 1863. She, her mother and two younger brothers made their way to her sister Georgia’s home at 528 Baltimore Street to assist her with her newborn baby. Unfortunately, the house stood between both armies, and during the first day of fighting, it was hit by over 150 bullets.

Jennie and her mother began the task of providing bread, water and medical care to the Union soldiers located not far from the house. On July 3, 1863, at 8:00 A.M., Jennie was in the kitchen kneading some bread for the soldiers when a Minie’ ball traveled through 2 doors, and hit her. She was killed instantly.

Join us as we talk about the Jennie Wade death house, the creepy hauntings that have been experienced there, and our very own ghost investigation there!