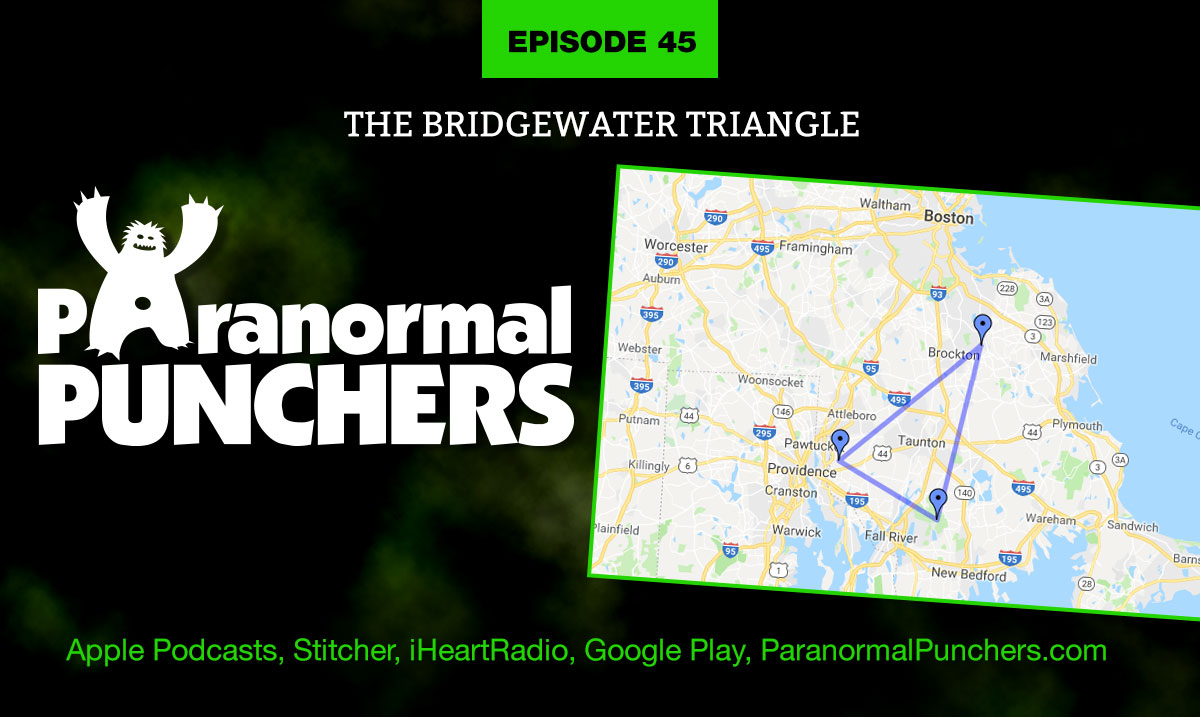 On this episode, we delve into the Bridgewater Triangle, a 200 square mile area in southeastern Massachusetts, that is known to have a huge range of paranormal phenomenon. From UFO’s, ghosts, orbs, and other spectral phenomenon, to bigfoot, giant snakes, thunderbirds, & the “little wild man of the woods”, the Pukwudgie, this area is filled to the brim with the weird and unexplainable.

This area’s paranormal anomalies seem to stem from the tragic Native Americans history in the area. From 1675 to 1676, King Philip’s War took a bloody & deadly toll on the land, and only ended when Chief Metacom – a.k.a. King Philip – surrendered & was beheaded at Anawan Rock. Many believe that the rock is haunted by the angry spirits of Anawan’s warriors, some seeing & smelling smoke in the area as well as hearing shouting in a Native American language.

Is this area haunted by the spirits of the Native Americans that lost their lives in the triangle? Is it a portal to a supernatural dimension? Or is it some sort of otherworldly intelligence? Join us to learn more about America’s Bermuda Triangle!