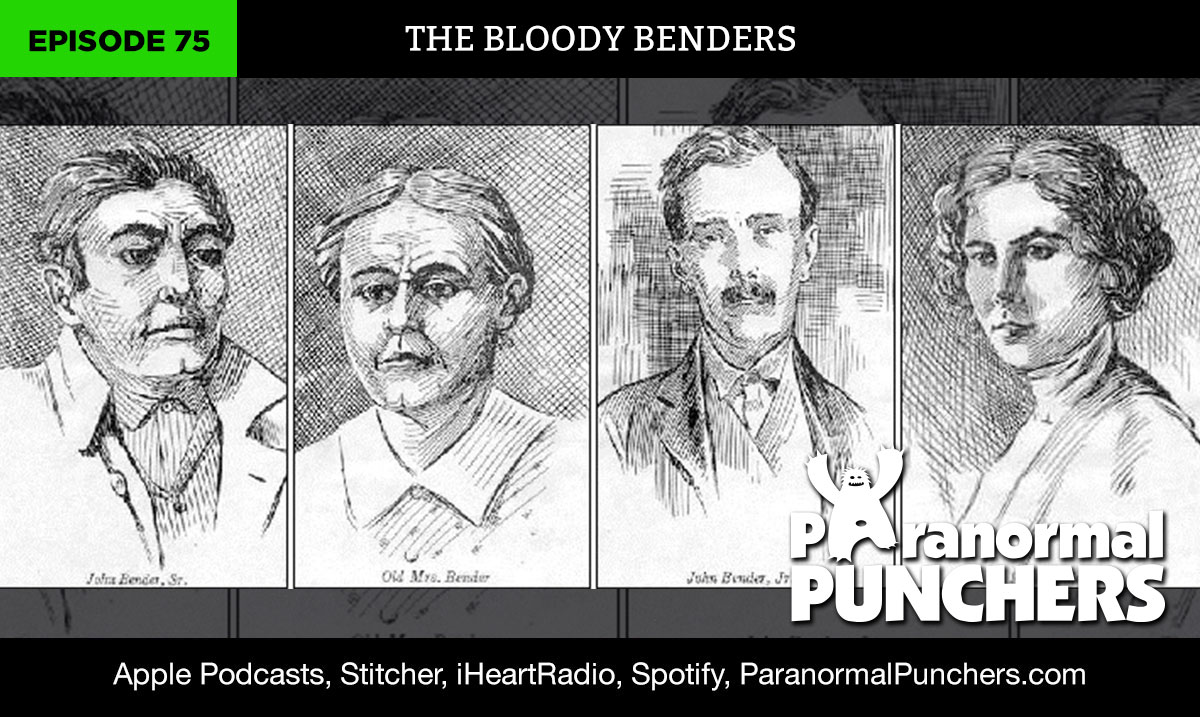 In 1870, five families of spiritualists settled near Cherryvale, KS, and one of these families were the Benders, a family of four that is at the center of the greatest unsolved mystery of the Old West. Ma and Pa Bender, and their children John Jr and Kate, built a small one-room cabin that they turned into a store and inn for travelers on the Great Osage Trail. Many travelers would stop for a meal and supplies, but several of these men, who carried large sums of cash, began to go missing. After these disappearances began to get attention, the Benders abandoned their property, and it wasn’t until they were gone, that their carnage was finally discovered.

A sheet was hung to separate their living quarters with the store and inn, and while Kate would distract their guests, the two Bender men, hiding behind the sheet, would strike the unsuspecting traveler in the head. They would then cut the travelers throat, steal their valuables, and bury them in the yard. The Benders murdered over twenty people, but only gained about $4600 from these victims, which leads many to believe that they simply killed for the bloody thrill of it.

People have heard moaning and wailing on the property, and have seen glowing apparitions roaming on the homestead, allowing many to believe the souls of those murdered are haunting the area. Join us on episode 75 to hear more about the bloody Benders!