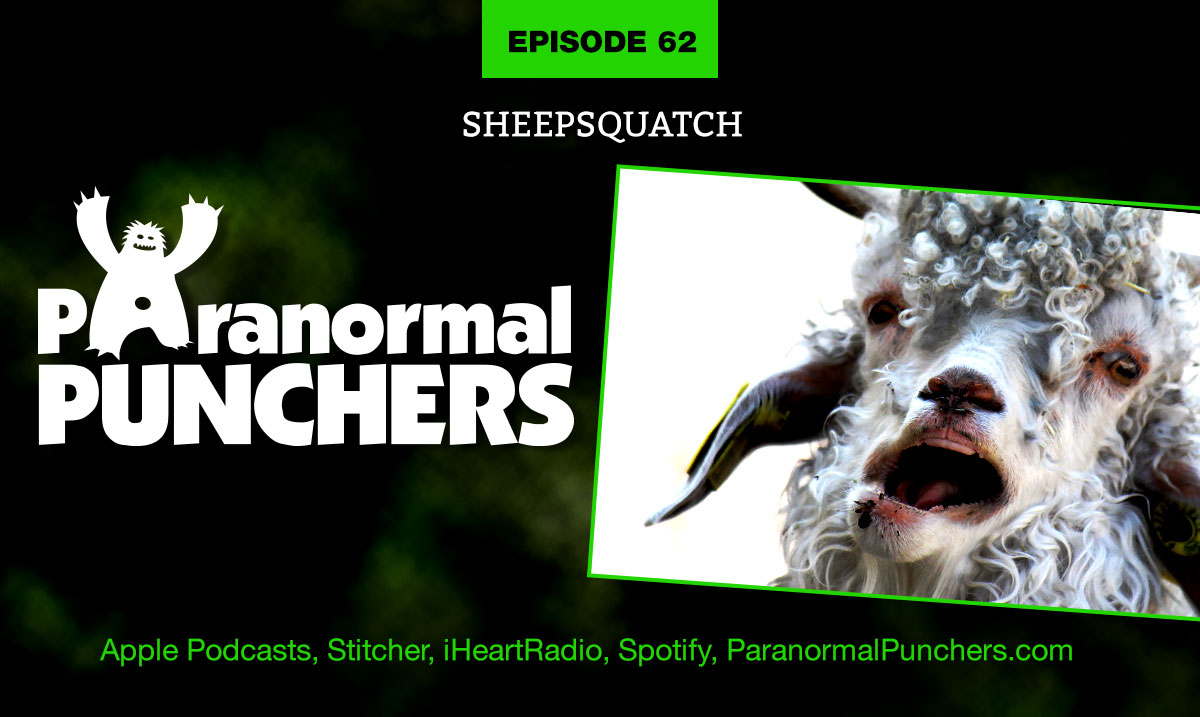 The sheepsquatch, also known as the “White Thing”, is a quadruped creature about the size of a bear with white wool-like fur that roams the Appalachian mountains, primarily the southwestern region of West Virginia. It has a long pointed head, similar to a dog, long, saber-like teeth, and ram-like horns. Unlike many other cryptids, its tail is long and hairless like that of an opossum. When it is near, it emits an odor similar to sulfur.

The first official sighting of the sheepsquatch was in 1994 when a man witnessed it come out of the brush and drink for several minutes from a nearby creek before moving off into the surrounding woods. A year later, a couple were driving when they noticed it on the side of the road. After stopping to get a better look, it charged their car, and began to slash and bang the door, leaving large scratches in its wake.

What is the sheepsquatch? Is it a cousin to Bigfoot or could it be a beast from Hell due to its sulfur smell? Join us on episode 62 to hear about this strange cryptid, the many reported sightings, and our theories as to what it could be!