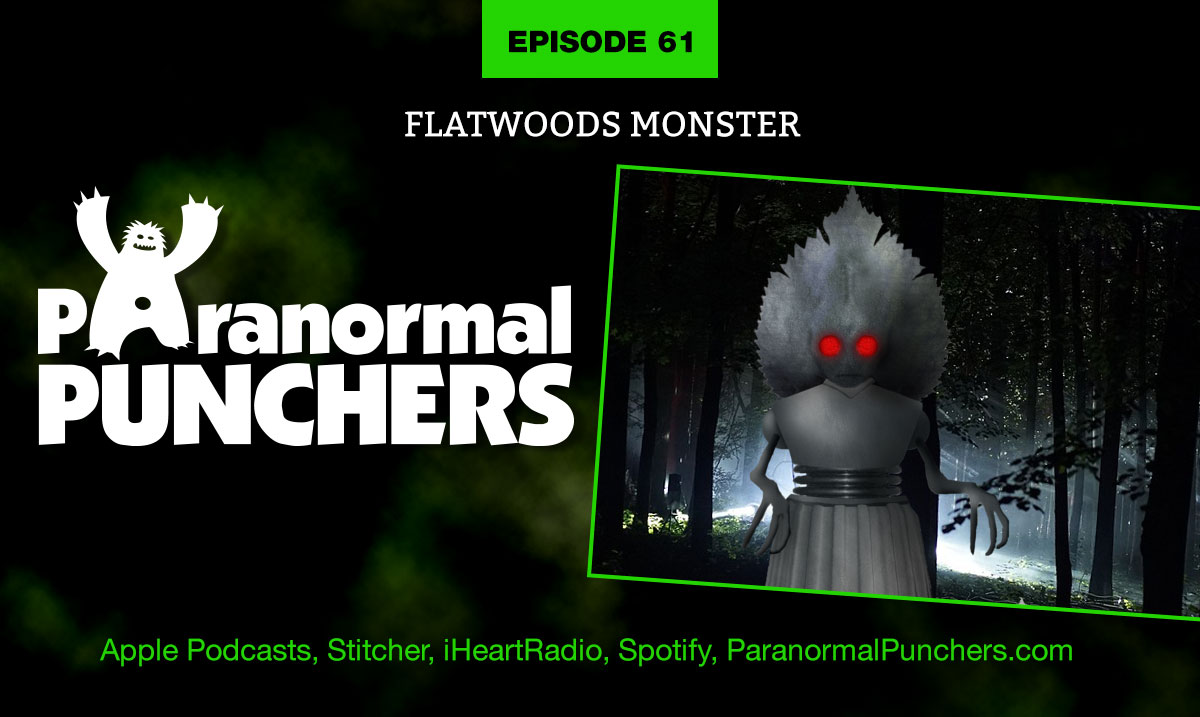 On September 12, 1952 at 7:15 P.M., in the small town of Flatwoods, WV, three young boys saw a bright object cross the sky and land in a nearby farmer’s property. They immediately went to investigate, along with several other children, a dog, and an adult. After climbing a hill, they came across a large pulsating ball of fire, detected a pungent mist that burned their eyes and nose, and heard a steady metallic whining noise.

It was at that point that they took notice of a large creature. It stood approximately 10-12 feet, had a dark black or green body, and it’s face was red and shaped like an ace of spades. The creature emitted a shrill hissing noise before gliding towards them, abruptly changing direction, and then heading off towards the red light. The group fled in a panic to one of their homes and contacted the local sheriff.

Authorities were unable to uncover any physical evidence of this incident, but over the next several days, the witnesses were overcome with sickness, having symptoms similar to exposure to mustard gas. The official explanation involved meteors, a barn owl, and hysteria. What was the Flatwoods Monster? Was it an alien? What made everyone get so  ill? Join us on episode 61 as we discuss this and several of our theories as to what happened that night!