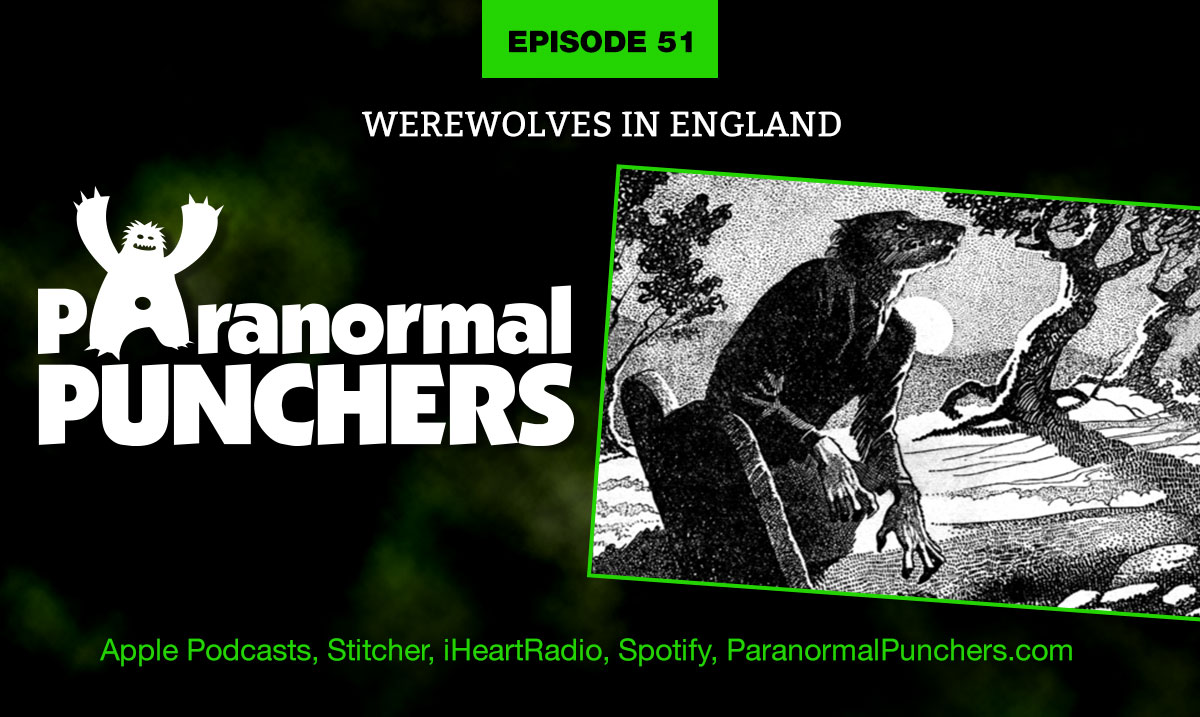 On episode 51, we discuss some recent sightings of werewolves in England. Witness descriptions tell of a 7 foot tall wolf-like beast, covered in hair, that sometimes has a human face with a wolf body or has human legs with a wolf head. Truly a creepy beast to behold! Near the town of Hull, a werewolf with the nickname of Old Stinker is known to prowl the area. Old Stinker is said to be formidably tall with a long, powerful tail, blood-red eyes, and is known for his atrocious breath, which he gets from eating corpses.

An area that has numerous sightings is Cannock Chase, and according to local legend, it all began in 1975 with a teenager trading his soul to the Devil for the power to turn into a werewolf. Although some believe that the werewolf can only come out with a full moon, people have witnessed the beast at all times of the day and night.

Is it a dog with a mistaken identity? Is it a subterranean creature making its way to the surface for food? Or is it the legendary werewolf?! Join us a we discuss the legends and the theories of what prowls the land in England.