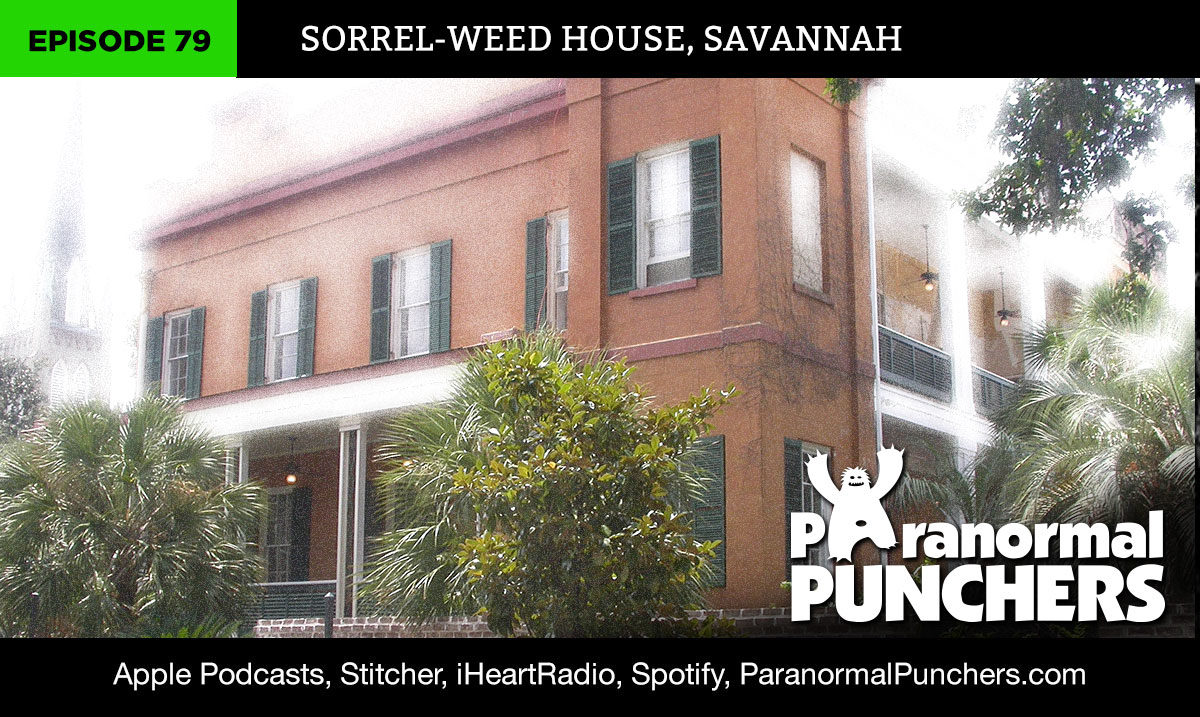 The Sorrel-Weed House, located in Savannah, Georgia, is the most actively haunted building in Savannah, and considered one of the top ten haunted locations in the United States. People have seen shadows and orbs, have been touched by unseen hands, and have gotten EVP’s of voices and screams. Several have experienced a sharp pain in the kidneys, and many others have been overcome with intense nausea that disappears once they are no longer in the building.

Many believe that the spirits of the owner’s wife and mistress are the ones haunting the home, but because the house was built where the bloodiest battle of the Revolutionary War happened, it is more likely that soldiers haunt the building. During the aftermath of the Siege of Savannah in 1779, the fallen soldiers were buried where they fell and still remain there today.

Who haunts this location? Join us on episode 79 to hear more about the spooky Sorrel-Weed House!